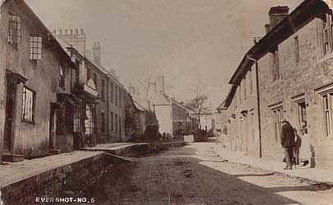 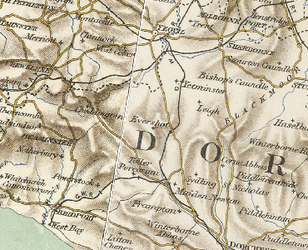 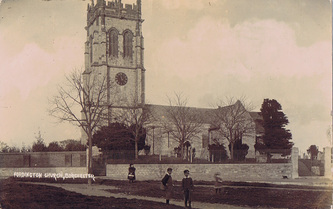 Mary Ann Miles was born in Evershot, Dorset in 1839 to parents James  Miles and Elizabeth Groves. She was the 4th of 6 children, born to the couple.  She was christened on the 3rd November 1839 at Evershot Parish Church (St  Osmunds).

Her siblings were;
Elizabeth Miles 1831 -
William  Miles 1834 - 1836
Joseph  Miles 1836 - 1905
Joseph started his life working as a carter's boy in Evershot, he went on to become an agricultural labourer, marrying Frances Gale
from Nettlecombe in the 1850s. The couple and daughter Rose Anna stayed in Evershot until the 1870s, when they moved to Pipsford Dairy house, Pipford, Corcombe, Dorset. Joseph worked as a dairy man. By the 1891 Census he lived at Commonwater Rd, Broadwindsor,  Dorset.
John Miles 1844 – 1906.
John took up employment as a Carter, at the time of the 1881 census he was a lodger at Cottage,  Frome St Quentin with Caroline Dowell. He went on to marry Caroline, twenty  years his senior later that year. They moved to Up Mudford,  Somerset.
Thomas Miles 1846 -

Mary Ann stayed in Evershot in her younger years, no doubt attending the primary school (founded as a Free School in 1628).

The village and its  surrounding area have a number of connections with Thomas Hardy.  Evershot  is Hardy’s ‘Evershead’ and the village’s Acorn Inn was ‘The Sow and Acorn’ that is mentioned in a number of his literary works, namely Tess of the d’Urbervilles, A Group of Noble Dames and Interlopers at the Knap. The former coaching inn was originally known as The King’s Arms which at one time brewed its own ales using water from the source of the River Frome. When Tess visited Evershot, the heroine of Hardy’s famous novel stayed in an old thatched cottage on the corner of Back Lane, near St Osmund’s church, that is now called Tess
Cottage.

In the 1861 Census  the family are listed as being resident on Back Lane, Evershot.

On Tuesday 26th  September, 1865, a devastating fire which had started at a carpenter’s house in  Summers Lane swept through the lower end of the village, destroying fourteen  cottages, two slaughterhouses, two stables, several linhays, a barn and a  cowshed. Three fire engines, one from Yeovil and two from nearby Melbury House on the Earl of Ilchester’s estate, eventually brought the fire under control, but more than 100 people were left  homeless.

At some point Mary Ann must have left Evershot, as in 1867 at the time of her marriage to Edward Hellard, she was resident at High Street, Fordington, Dorchester (working as a servant). They married on 27th October, banns were read by Frederick John Moule.  Edward and Mary set up home on the notorious Mill Lane, in Fordington. Edward took employment in the local Iron Foundry (he worked as a porter when they married) and had children Elizabeth born 1869, and Willie born 1871.

Shortly  after the birth of Willie, Edward moved north to Nottingham (most likely seeking a better life). It appears Edward and Mary set up home in North Ville Street.  After settling in Nottingham, Edward and Mary had a son Walter in 1875,  followed by daughters Mary Ann in 1879, and Ada in 1883. At the time of the 1881 census,  Edward was employed as a labourer.

In  1890 their oldest daughter Elizabeth married John Spurr (an Insurance Agent). At the time of the 1891 census,  Edward and his sons were in employment, Edward worked as a "smith", Willie  worked as a lace maker, and Walter worked as a fitter. A few years later in  1894, their son Willie married Hannah Taylor, after his marriage Willie continued his career as a lace maker.